If you manage a business that holds a lot of confidential information or expensive equipment, access control is a major issue for you. If your business has been using the traditional lock-and-key system, it may be time to switch over to a card access system instead. These systems eliminate the need to carry keys or deal with physical locks, though they do require a person to carry a card instead. But the benefits could quickly outweigh the disadvantages if you're dealing with a lot of people and a lot of access doors.

The card system is likely going to be more expensive to implement up front. You've got to get the locks removed from doors and the card readers hooked up. Then you have to ensure that all employees get their cards as soon as possible, lest work be delayed because no one can get in.

But once that's done, the card system can be less expensive to maintain. With locks and keys, you'd have to pay for replacing or re-keying all of the locks on the building and in the offices if there were a massive security breach, such as master keys being stolen. It may be cheaper in the long run to install the card system.

Locks can't be hacked, but card systems can't be picked (and hacking them isn't that easy). Picking locks is the more immediate problem because it can be done on the spot by someone just looking for some extra loot. With a card system, the number of people trying to get in illegally shrinks to just those who are after your company's goods specifically, rather than including random people who are just bored. Your average crook on the street isn't going to bother trying to hack a card reader system.

In addition to having to re-key a lock if someone loses their key, you have to replace the keys for all employees who have access to that door. If you have a card reader, though, all you have to do is cancel that employee's card. If you do have to change codes for the door itself, it's usually easier to reprogram everyone's cards than it is to give every single one of them new keys.

Locks don't need electricity if you have the keys. Card readers do need electricity, though, and while most will have battery backup systems, even those can drain in prolonged power outages. This may be the one area where regular locks win out if you live in a region that is prone to power outages.

However, if your building has its own generator—something that's actually becoming more common as businesses decide they can't lose more time if the power goes out—then the power supply to the locks is not an issue.

With cards, you can track who enters the building, or at least you can track the cards themselves (in other words, there's nothing to stop someone from using someone else's card). But even if the person whose card was used to enter the building denies it was him or her, investigators—if a crime occurred—can still use that person as a starting point. Maybe that person's roommates stole the card briefly, for example.

With plain keys and locks, there's no record unless you have a security camera system in place. So if figuring out who was responsible for a breach of security is important to you, the card access system likely will be more helpful.

If you're interested in getting a card access system for your building, contact locksmiths and access control companies for more information about models and service contracts. Be sure a representative takes a look at your building to ensure that the system will be right for your company. 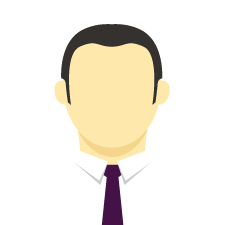 After we experienced our first home break-in, we realized it might be a good idea to improve our home security by installing better locks. Instead of the run-of-the-mill versions that came with the house, we invested in some high-end, rock-solid deadbolts and locks that were tested against breaking and entering. It was amazing how much of a difference that single decision made. A few years later, our entire street was targeted by criminals, but they couldn't make it into our house. Read more about home security by going through this blog. You never know, a little reading could help you to know how to keep your family safe.